So yeah, I went to see Ed Sheehan last week, and it was AWESOME. I know there’s a lot of hate associated with him, I’m guessing because he’s successful and people like to hate successful people, because otherwise I’m not sure what there is to not like. The guy is talented. Full stop. 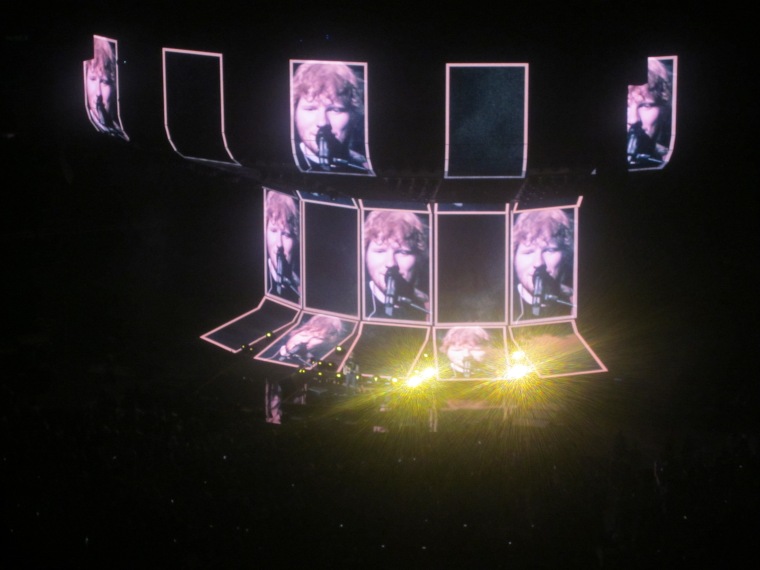 He didn’t have a band. He didn’t have a huge stage set up with lots of props, aside from the video screens. It was just him, his guitars, and a loop station. He sounds just as good live as he does on his albums. It was a great experience. I’ve been to a lot of different kinds of shows, I’ve seen “really popular” performers, have been to big stadium and arena shows, but this one goes up there just in terms of the musical performance. He didn’t need a lot of flash and bang to make it a good show.

When he was talking to the audience at one point, he said concerts are one place where people come together for a common interest. Sporting events are similar, but there are two sides, but at a concert, everyone is there to see the same performance, all rooting for a good show. It’s a rare moment of togetherness with strangers that we don’t get too often.

I really wish I had better words, but I’ll just let him sing for himself.