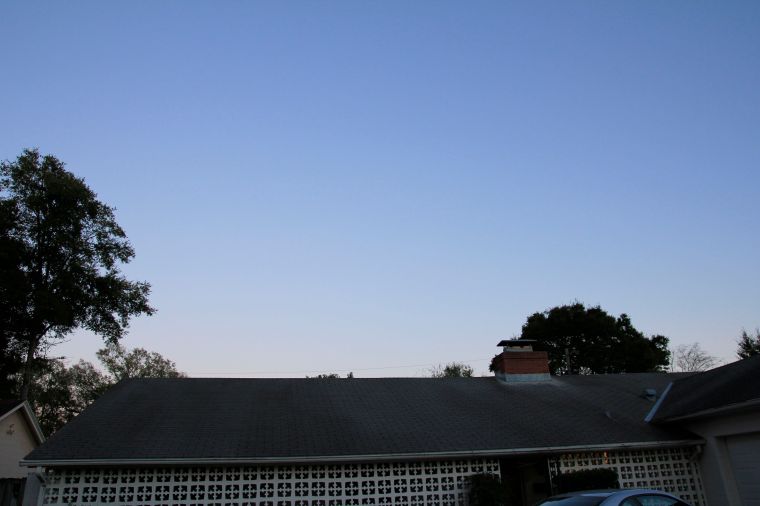 That looks like any old picture, and really, it is. Its a view to the east from my driveway. This is where I watch shuttle launches from. When they first started we were able to watch them from he back yard, but trees have grown and now we have to go out front, which is where the neighbors are too.

I didn’t live here when Challenger exploded. I was in fifth grade in Alabama. We were learning a lot about space that year, and our teacher had us in the Young Astronauts program. Shuttle launches were always a big deal to her, and we watched every one. That day we had a substitute who didn’t know to put the shuttle launch on. We got to lunch and other kids were telling us what happened. We thought they were kidding. The substitute must have gotten word during lunch as well because when we got back to the room the tv was turned on so we could see the news. It was surreal. Things like that weren’t supposed to happen in my 11-year-old world. NASA was perfect and the shuttles were super. They weren’t suppose to blow up. I think we talked about it a bit for the rest of the afternoon, but it still just seems so unreal in my mind. It still does.